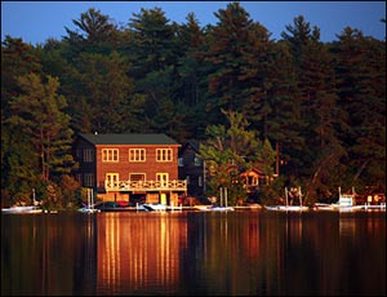 JUDY BRUMMER-JECKO, President, spent summers at Camp Oneka from 1977 to 1987 as a Junior 1 camper through becoming a counselor.  Her summer camp experiences were pinnacle in her development as a person and into her careers.  In her early careers, Judy managed a full-service beauty salon and subsequently opened a massage therapy and a birthing doula practice.  Consequently, Judy began a path of higher education determined to serve not only people but the environment.  In 2008, she obtained a B.S. degree in Biology and in 2011 a M.A. degree in Environmental Science from Montclair State University. Judy currently works in the environmental engineering and remediation field and lives in Sussex County New Jersey with her husband and youngest son.  She is excited and grateful to have been a part of the TTF Board for the last several years and to continue on as the most recent President so that other children may benefit from a summer camp experience.

VYKIE SMOYER WHIPPLE,  Vice-President, attended Camp Oneka from 1968 to 1978 as a camper, Nekette, and counselor. She obtained a B.S. degree in Geology from Colorado State University in 1979 and worked as an imagery analyst for the Central Intelligence Agency in Washington, D.C.. She was subsequently employed by the Tennessee Valley Authority as an engineering geologist and the U.S. Congressional Office of Technology Assessment as an energy analyst. She has an M.S. in Energy Management and Policy from the University of Pennsylvania and an M.B.A. from Lehigh University. For the past 40 years, Vykie and her husband have owned and operated a small manufacturing business in Bethlehem, PA.

JILLIAN HURLEBAUS WHIPPLE,  Secretary, attended Camp Oneka from 1996 to 2008 as a camper and a counselor on the swimming staff. She attended Elon University in North Carolina and graduated in 2005 with a degree in International Relations and Business. She lived and worked in New York City for 4 years post-college, and now lives in Allentown, PA and is the marketing director for a manufacturing business.  Jillian loves getting to spend time up at the lake, especially in the summer, and also visiting with her family back in Annapolis, MD. She is very excited to join the TTF board, and thrilled to be able to continue giving back to Camp and spreading the wonderful experience to many other deserving young women.

BECCA MORRISON HUFF, Treasurer, was a camper and counselor at Oneka.  Her mother, aunt, sister and step-daughter also attended Oneka, and her cousin, Evan Dyer, spent numerous summers working at Oneka as a maintenance man.  In 2014, she was married on the playhouse porch at Camp! Becca graduated Elon University with a Bachelor of Science in Accounting, and currently works for an accounting firm in Indiana specializing in resource management for her audit and tax teams. She also continues to serve as the leader for Culture, Diversity and Inclusion in their Indiana offices.

ERIN RUEDEMANN, Campership Chair, attended Camp Oneka from 2008-2012, and feels a huge appreciation for the Turtle’s Trail Foundation, as she was one of their first scholarship recipients. During her camp years, Erin's time was spent exploring her passions on the waterfront, applying bug spray, and making lifelong friendships that she still cherishes to this day. Erin is grateful for the invaluable leadership skills she learned as both a camper and counselor and is motivated to serve the TTF in efforts to share those lessons to other campers just like her.

MAGGIE RIEHL - Maggie attended Oneka for ten summers, from 2005-2014, as a camper and a counselor. Her mom and cousins also spent many memorable summers on Fairview. Her time spent at camp, and in other mentoring and volunteering roles, led Maggie to gravitate toward education and nonprofit work. After graduating from Colgate University in 2017, she returned to her hometown of Baltimore to work in fundraising at the Enoch Pratt Free Library, the city’s 22-location library system. After a year at the Pratt Library, Maggie moved to New York, where she currently resides and works as a Development & Communications Associate at the Squash and Education Alliance, a national youth development nonprofit that supports 2,500 young people from under-resourced communities across the country. Maggie is grateful for the opportunity to serve on the TTF board and help share the special camp experience with others.

EVAN DYER - Evan has a strong family connection to Camp Oneka. His mother and aunt were both campers, as well as his cousins, one of which is fellow board member Becca Huff.  He himself attended family camp as a child during the 1990s, and was a maintenance man at the camp in the early 2000s.  Evan holds a B.S. from Drexel University, and a J.D. from Washington and Lee University School of Law. He is currently a civil litigator in Philadelphia.

JULIA MCKAY – Julia attended Oneka as a camper, nekette and counselor from 2009 to 2019. Since her first day in Reds and Whites, Julia embraced all camp traditions that would fuel her passion to return on staff for six summers. Oneka will always hold a special place in her heart - there are countless adventures and places to roam in life, but there isn’t anything quite like a sunset on Lake Fairview with lifelong camp friends. She is excited to work with the Turtles Trail Foundation and provide girls the experience she was so lucky to have. Julia grew up in Massachusetts and graduated from Franklin and Marshall College in 2019 with a B.S. in Business Organization. Julia currently works at Dell Technologies as a project manager in the Boston area.

CHRISTINE NOLAN - Christine began her journey on the winding trail in 2000 at age 6. A 3rd generation Red Team Girl, Christine spent 12 summers (7 in Jr Row) on Fairview lake and could usually be found in the lodge performing/ directing skits or shows or on the tennis court. A graduate of Manhattan College (2016), Christine lives and works in NYC splitting her time between her career in Finance and her aspirations as a Broadway producer. As an active member of the Blue Hill Troupe, a prestigious NYC based theatre group, Christine volunteers her free time building sets, sorting props, and running backstage for their annual productions - all benefitting local based charities. She has raised money and run numerous half marathons to honor TTF and is thrilled to now serve on the TTF Board.

MARIE TREXLER - Marie is a former venture capital investor with a passion for making non-profit organizations more effective. Her non-profit board experience includes Openhouse (housing and support for LGBT seniors), StartOut (advancing LGBT entrepreneurship), and Emerge California (training Democratic women to run for office).  In her professional career, Marie was Chief Investment Officer of Good Capital, a double bottom line venture fund.  At Intel Corp, Marie ran business development for Intel’s largest business unit, the Digital Enterprise Group. As a Managing Director at Intel Capital, a multibillion dollar strategic venture fund, she led investment teams in both the US and Europe. She graduated from Dartmouth College and earned an MBA from the University of Virginia.  Trex adored every summer she spent at Oneka (1973-1983) from Jr. 1 through her counselor year.  She was a Red Team Captain and still knows most of the Oneka Songbook by heart.

JANICE MAXWELL - Jan attended Camp Oneka as a second generation camper and counselor from 1994 through 2005 and is passionate about the life long positive effects an overnight camp experience can bring to a child’s life. She graduated from Cornell University in 2009 with a degree in Plant Sciences which she puts to good use as the Vice President of Operations on her family’s nursery in Southern New Jersey. Also, as an avid event planner, yoga instructor, and sommelier, she is hoping to put her hobbyist skills to good use in order to promote many fun and successful fundraisers for TTF. Jan also serves as a board member of a non-profit agricultural scholarship foundation where her interest in bringing equity to disadvantaged youth started to blossom. She volunteered for Turtle’s Trail Foundation in varying capacities for several years leading up to her membership on the Board and is excited to continue to bring equity to youth in such a meaningful and life changing way.